The super full moon has rocked the world in an unexpected way. I am so very heartbroken to hear the tragic news of Robin Williams sudden exit. I think we all feel like we lost a dear friend or a crazy, but sweet brother. What an absolute genius he was, from comedy to drama, a truly a special, special talent. Every work he did was a masterpiece. When my daughters were younger, they never tired of watching Patch Adams over and over and over… 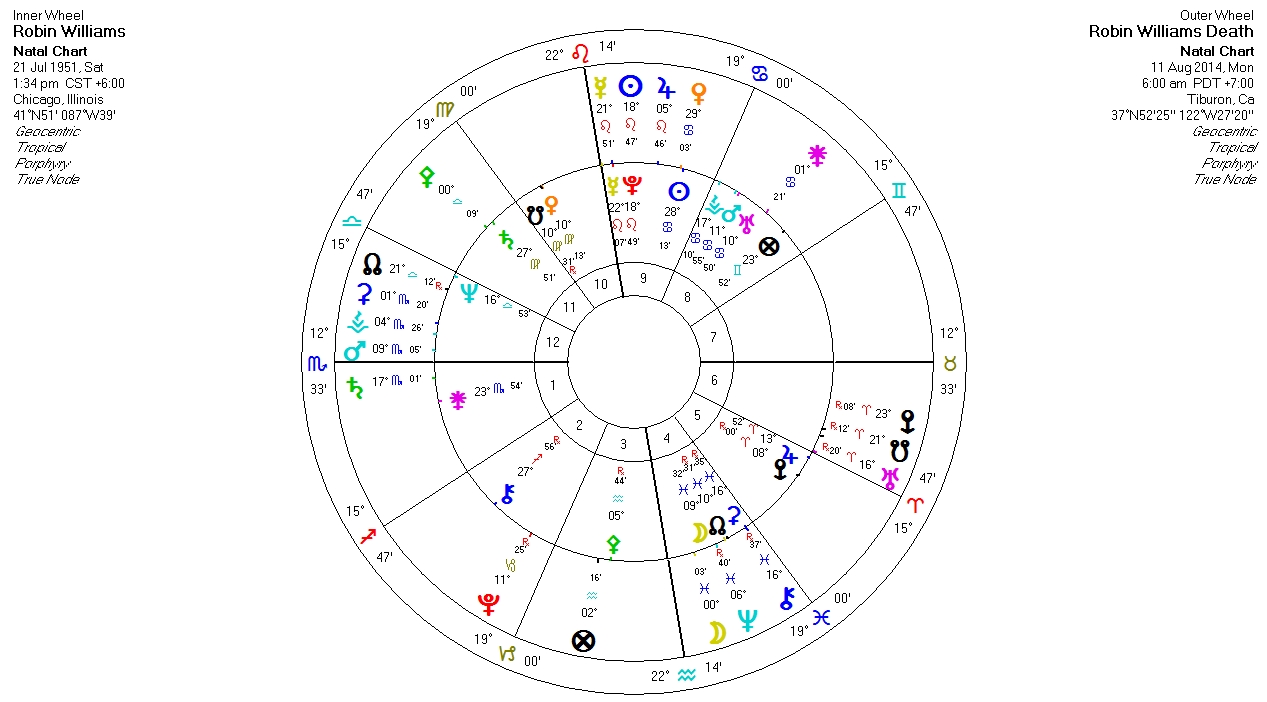 The astrology shows tremendous pressure/force:(Please note I am uncertain of the birth-time which was listed in Solar Fire as recorded by Frank Clifford, so the house positions may or may not be correct.)