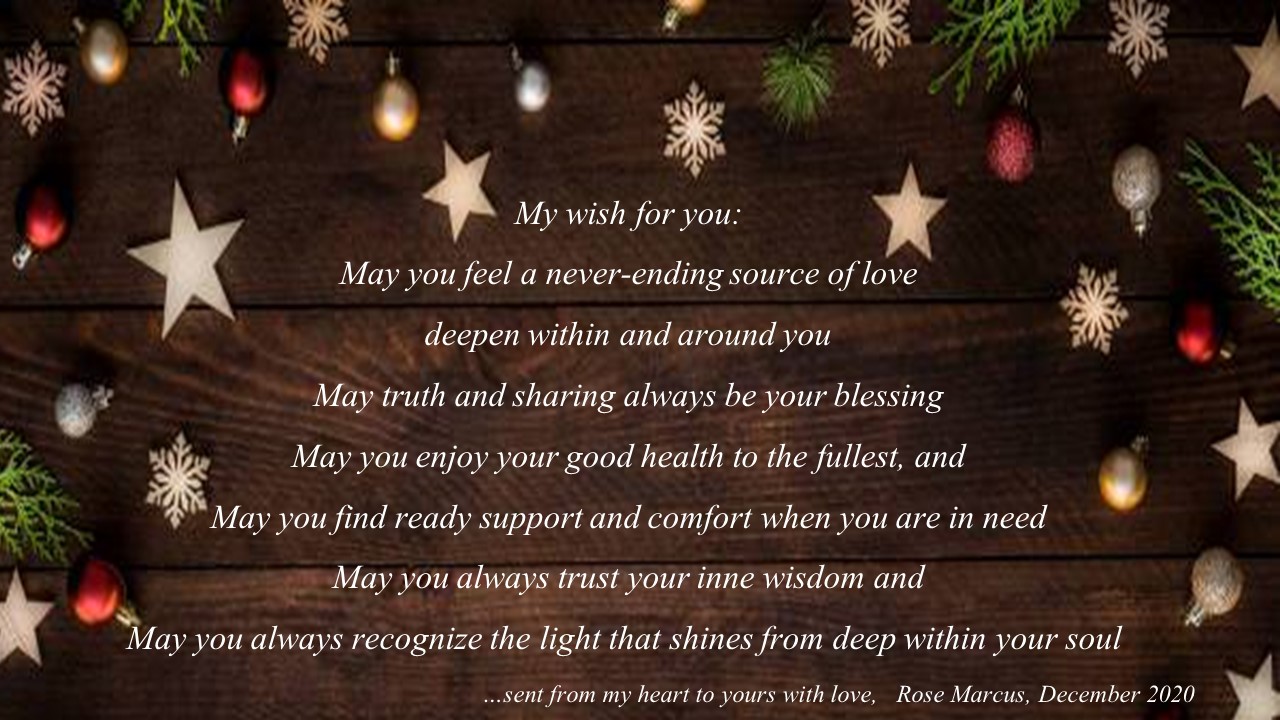 While winter and dark days will extend over the next few months, as of the winter solstice on December 21, out of the darkness, comes light!

The winter solstice marks the shortest day and longest night of the year for those in the northern hemisphere. To the ancients, the winter solstice held especially potent energy for regeneration and renewal. In Pagan observance, it was a time to celebrate the goddess, (the lunar, night principle) and birth of a new solar year (sun cycle, creative principle). The sun’s ingress into Capricorn is a time to reflect, to let go of the past, and to set goals and intentions for the coming year.

Sky watchers (astrologer and astronomers alike) are excited by the Jupiter/Saturn conjunction that accompanies the solstice. The two planets will visually appear very close in the sky. They are in their closest proximity to the earth in about 400 years! The solstice happens at 10:02 am PST. The exact Jupiter/Saturn conjunction takes place at 6:29 pm PST. I’ll bet you won’t be able to turn on a T.V. or a computer without seeing coverage on this alignment.

Astrologically speaking, the conjunction happens every 20-years and relates to social/cultural and economic growth patterns. Of added significance, this Jupiter/Saturn conjunction in Aquarius also marks the start of a new 200 hundred-year cycle marking a world era. Jupiter/Saturn are known as the Great Timekeepers as they chronicle important historical periods. This 200-year cycle is part of an 800-year cycle, (dating back to the mid 1200’s!). That’s not all. The new Jupiter/Saturn cycle is also making a contribution to an even bigger picture storyboard, that of the transition out of the Age of Pisces and into the Age of Aquarius. While that might sound like a hippie-dippy thing to say, you can’t deny that virtual living is overtaking us. The transition of an Age is slow and long, but it is does not require a telescope or a crystal ball to spot signpost of our future. We are most certainly on the brink of a new Age, one that has already been trying on a few names: i.e. The Age of Climate Change, of Space Colonization, of Science, Technology, and A.I.

Interested to know how the stars are impacting your natal chart? January fills up quick, so don’t hesitate to book your session! Also, please know beginner and intermediate astrology classes start at the end of January.
Blessings,
Rose