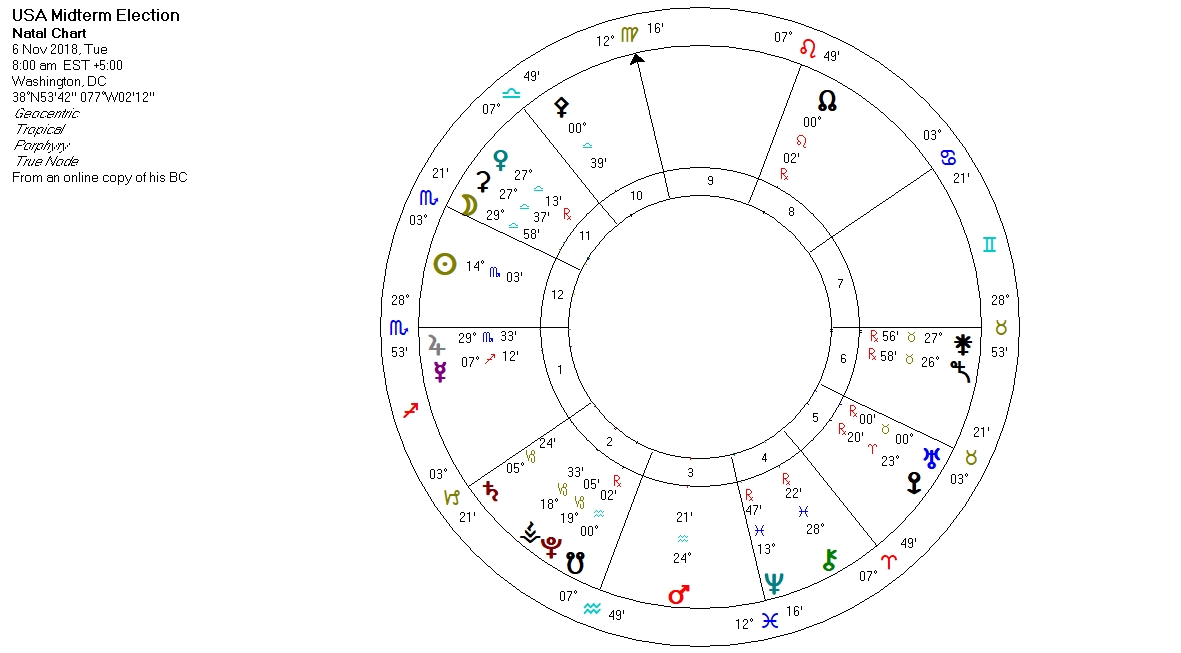 At the day’s start, Uranus retrograde at 0 Taurus is in an exact square to the Leo/Aquarius nodes which is a disruptive and unpredictable transit. Venus ruler of Taurus is retrograde in Libra, the sign of public opinion which is polarized (also extremist viewpoints). I think these transits are representative of the unprecedented number of women running in the election. Early reports say that larger numbers of folks have been out to pre-vote.

As the day advances, Uranus retrograde backs into Aries and the nodes back into Cancer/Capricorn. Despositor of Uranus switches from Venus retrograde to Mars which is currently transiting in Aquarius (fired up politics). Mars is transiting Trump’s 6th house and is opposing his natal Mars by gibbous opposition which is a weakening rather than strengthening influence. It is also corrective. I think the migrant caravan has been a fantastic platform for Trump to rile up folks. The transit of Jupiter at 29 Scorpio forms a t-square to Trump’s Ascendant/Desc. Jupiter is partially undermining and partially reinforcing. (this aspect is also indicative of how he uses the media to his advantage, whether it is “poor me, they are being unfair/look what they are dong to me”, or “fake news, can’t trust ’em”). From what I gather from the news, it is suggested that the democrats will take the house, the republicans will keep the senate. Planets that square the nodes are inconsistent, dislodging, paradoxical, etc. They shake things up. Uranus is an expert a shaking things up. It is a radical and revolutionizing (and revolt) archetype. The nodes in Cancer/Capricorn pit the people against the government. Uranus in Taurus brings survivability into question. Uranus retrograde square the nodes via mutable moving to cardinal signs creates maximum stress on all the above. I suggest that you take nothing for granted and make sure you get out to vote. 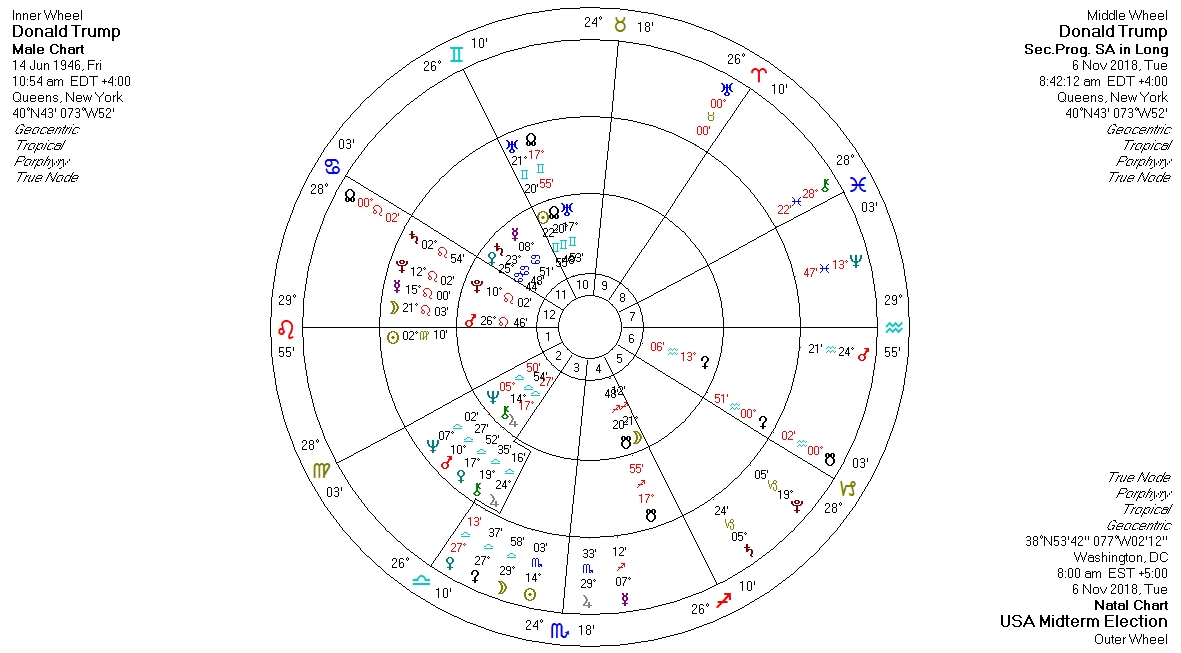