The results are in:

DNA tests on the exhumed body of Salvador Dali have proved that the Spanish woman who brought a legal case was not the surrealist artist’s daughter, according to a statement released on Wednesday by Dali’s foundation.

The foundation said the court supervising the tests had informed its lawyers that the woman, Maria Pilar Abel, was not Dali’s biological daughter after comparing her DNA with samples taken from Dali’s remains.

A spokesman for the court declined to confirm the results of the DNA tests.

Original Posting below: Note, none of the astrology listed below confirms Maria Pilar Abel’s claim but does describe/activate the issue:

July 20 2017 10:20 pm, Madrid, Spain: DNA has been recovered from the body of surrealist artist Salvador Dali in order to prove the legitimacy of a claim made by tarot reader Maria Pilar Abel, who claims to be the result of a liaison her mother had with Dalí in 1955.

Abel has been seeking to prove her parentage for the past 10 years and says the physical resemblance to the surrealist painter is so strong, “the only thing I’m missing is a moustache”.

She says it was an open secret in her family that the artist was her biological father.

She told the Spanish newspaper El País that she first learned of her true paternity from the woman she said she had thought was her paternal grandmother.

Abel claims she told her: “I know you aren’t my son’s daughter and that you are the daughter of a great painter, but I love you all the same.” She also noted that her granddaughter was “odd, just like your father”.

Under Spanish law, Abel would be heir to a quarter of Dalí’s fortune if the DNA supports her contention. 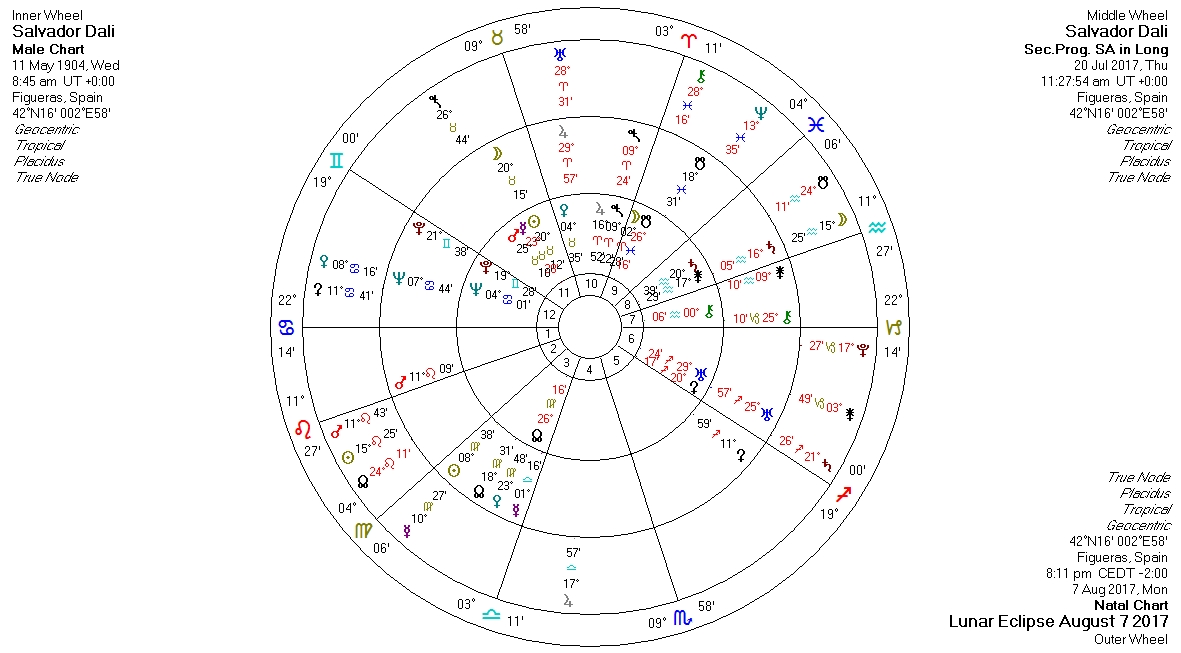 The lunar eclipse of Aug 7 2017 at 15:25 Aquarius falls in Dali’s 8th house (DNA house) and is conjunct his natal Juno (17:29 Aquarius) and his progressed Saturn retrograde in Aquarius (16:05 Aquarius) – apt for the question of paternity and for legal right to an inheritance (which Dali bequeathed to the Gala-Salvador Dali foundation and the Spanish state).

The transiting south node in Aquarius is also in the 8th house, the north node in Leo in the 2nd house. They will continue to tour these houses through April 2018. Both houses pertain money and sexual matters. Leo 2nd house is also a statement for artistic wealth. Noting that the Leo archetype aslo correlates to children, Aquarius in the 8th could certainly represent a child from an extra marital affair.

Transiting Saturn retrograde forms a conjunction with Dali’s natal Ceres (20:17 Sagittarius) (a possible indication of Pabel’s mother who was a servant to Dali) and opposes Dali’s natal Pluto in Gemini in the 12th house (potential indication of a casual secret affair).

It is suggested that the results will be known in approximately 2 months. 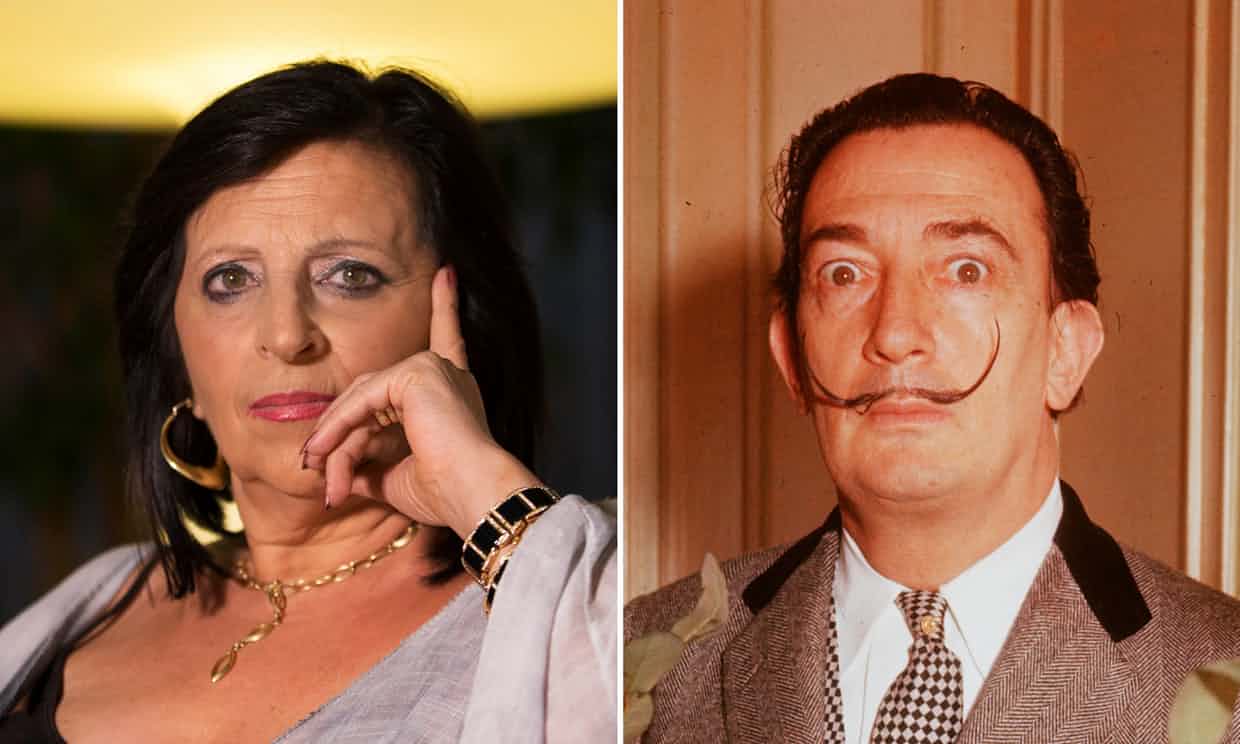