July 20, 2017:
After serving the minimum 9 years of a 33 year sentence for botched armed robbery, 70 year old O.J. Simpson has been granted parole.

Simpson bowed his head and appeared to be in tears as the board voted unanimously to grant him parole, then stood and thanked the commissioners repeatedly, hands clasped. He is due to be released in October. As of Friday July 21, 2017 he was moved to protective custody and away from the general population at Lovelock Correctional Center in Nevada. This was done as a precautionary measure due to Simpson’s notoriety and the attention given to his parole hearing Thursday. “We have to keep him safe for two more months,” Keast said. “Normally we monitor what is seen by the inmates on their televisions — if it’s something to do with a particular inmate, we don’t want everybody else to know necessarily … it’s all about keeping order.” 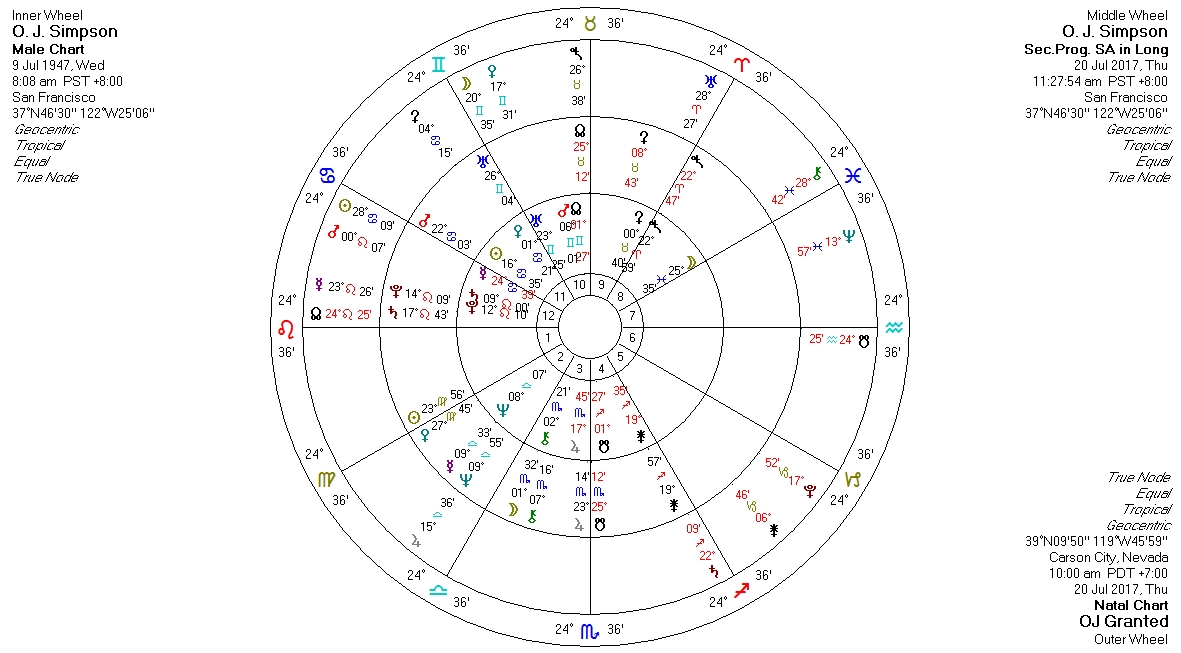 The transiting moon in Gemini forms a conjunction with natal Uranus (the parole hearing and official judgement). The transiting moon forms a gibbous opposition to Saturn which aspects Juno, the contract asteroid. He must wait until the minimum 9-month sentence is served, which is October. At that time, Saturn will be direct and in an exact opposition to his 10th house natal Uranus (freedom).