Transiting Moon at 13 Libra (6th house) opposes transiting Uranus (conjunct Canada’s Neptune in the 12th house.) A radicalized national on the loose. – Note the 12th house is the house of the hidden enemy.

Transiting Mars in Sagittarius (9th house) opposes the nation’s moon in Gemini (3rd); also conjunct progressed Ceres    Note: Our soldier (Nathan Cirillo) was shot while he stood guard at his post at the sacred war memorial (Mars in Sag in the 9th). The attacker (Michael Zehaf-Bibeau) was shot by parliament’s Sergeant at Arms (Kevin Vickers), who has both a ceremonial position and also serves the chief of security personnel at parliament. (can be viewed by both the Moon in Gemini and the Mars in Sag positions.) Moon in Gemini also correlates to the city witnesses, and the place where the attacker was actually shot – in the hallway in front of parliament’s library.  It was all caught on video as the media was there to do their usual job in reporting on the government daily affairs. In addition to emergency personnel, I  believe there were at least 2 people on the street who tried to assist the shot soldier.

Transiting Saturn conjuncts Ceres in Scorpio in the 8th house. As reported, this signifies the loss of innocence for the nation and the national grief;

Mercury retrograde transits the 7th house just one degree off the descendant. (the 7th house represents the open enemy and also the public. )

Pluto transiting in the 10th house (the government, both location and victim) opposes progressed Uranus and squares Neptune; the crisis that nobody saw coming.

It is a partial eclipse but has already demonstrated that it has enough dynamic ju-ju to alter existing reality. It widens the marker line between yesterday and today – between that was then and this is now…..

If you are interested to know more about the eclipse and this week’s transits, please check out my weekly column published Georgia Straight http://www.straight.com/life/753776/your-horoscope-october-23-29-2014

and also listen to the podcast from yesterday’s radio show: https://rosemarcus.com/rose-on-guiding-stars-ea-radio/

Timeline for the shooting:

near war memorial. Near chateau Laurier.

Shortly before 10 a.m. – Journalists are among the first to report the sound of gunshots in a Parliament building.

CTV’s Katie Simpson reports a soldier being shot at the War Memorial outside. The soldier is later identified as Nathan Frank Cirillo of Hamilton, Ont.

Members of Parliament tweet that they’re being told to lock themselves in offices. MP Gerry Byrne tweets that RCMP entered the area with “guns drawn” and “machine guns deployed.”

10:12 a.m. – In addition to shots outside, MP Michelle Rempel tweets about shots fired in the Parliament Buildings, near where the Conservative caucus is meeting.

10:20 a.m. – Prime Minister Stephen Harper’s director of communications says the prime minister is safe and has left the area.

10:21 a.m. – MP Bob Zimmer tweets that a “lone gunman” is deceased. The suspect is later identified as Michael Zehaf-Bibeau, a Canadian citizen born in 1982. (Shot by Sergeant at Arms Kevin Vickers.)

“ALL BUILDINGS are currently in lockdown. Follow the instructions from Security Services.

THIS MEANS stay in your office, with the doors locked and away from the windows. If your door does not lock, find a way to barricade the door, if possible. Do not open a door under any circumstances.”

11:25 a.m. – Ottawa Police confirm two separate incidents: one near the National War Memorial and one on Parliament Hill

11:35 a.m. – Sources confirm that the shooter on Parliament Hill is dead.

11:48 a.m. – CTV Ottawa Morning Live reports the US Embassy is locked down

1:30 p.m. – The NHL postpones a hockey game between the Toronto Maple Leafs and the Ottawa Senators. The puck was due to drop in Ottawa at 7 p.m., but will be played at a yet-to-be-determined date later in the season.

1:44 p.m. – The lockdown at the Rideau Centre shopping mall is lifted. Despite earlier reports of a shooting in the area, only incidents on Parliament Hill and at the National War Monument are confirmed by police.

2:10 p.m. – Ottawa Police and RCMP hold a press conference, officially confirming the deaths of both Cirillo and Zehaf-Bibeau inside Parliament Hill. Police could not say if other suspects are on the loose. Authorities also ask people to report anything suspicious and to avoid the downtown core.

2:30 p.m. – Harper speaks with U.S. President Barack Obama by phone. A statement says Obama called “to express the American people’s solidarity with Canada” in the wake of attacks on Canadians Forces in Quebec and Ottawa. “President Obama condemned these outrageous attacks, and reaffirmed the close friendship and alliance between our people.”

2:35 p.m. – FBI confirms they are assisting authorities in Ottawa.

3:45 p.m. – Lockdown lifted at the University of Ottawa, though classes and exams remain cancelled. The school says activities will resume tomorrow “unless otherwise advised.”

7:10 p.m. – Security officials reinstate a lockdown for some offices around Parliament Hill as Prime Minister Stephen Harper prepares to address the nation.

8:08 p.m. — In a televised address to the nation, Prime Minister Stephen Harper says two “despicable attacks” on Canadian soldiers this week will not weaken the country’s resolve to fight terrorism at home and abroad. 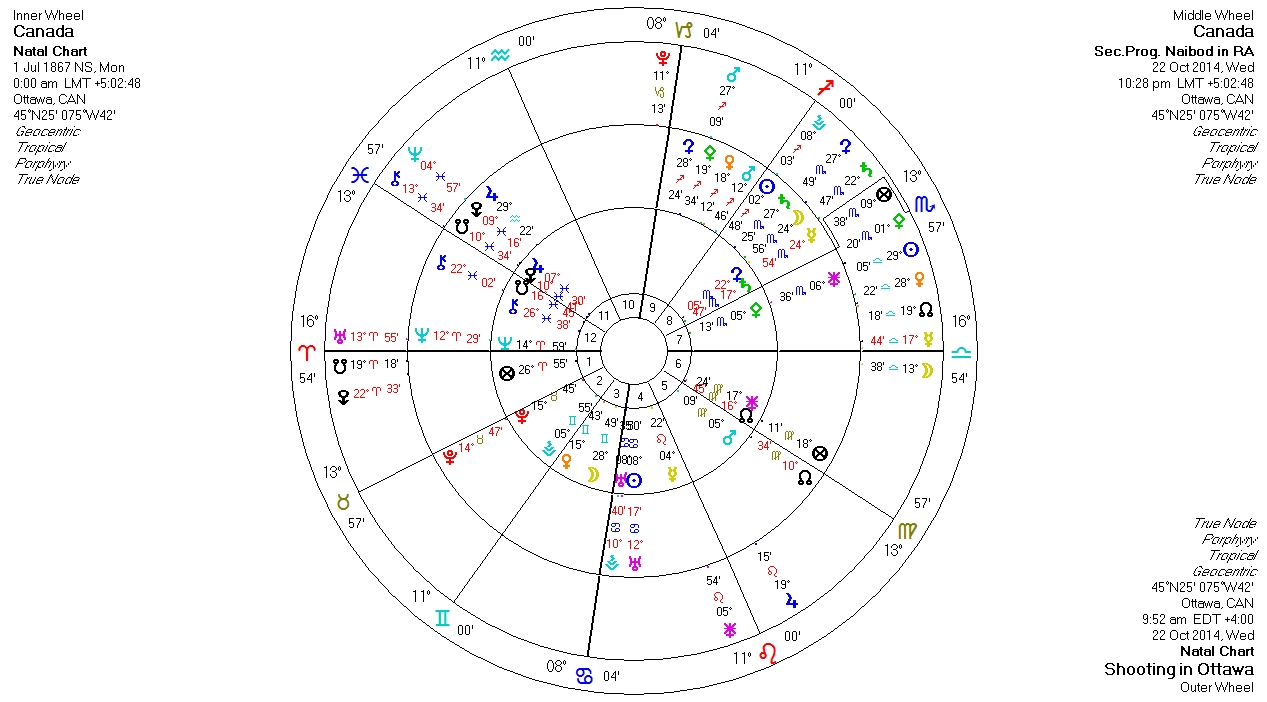