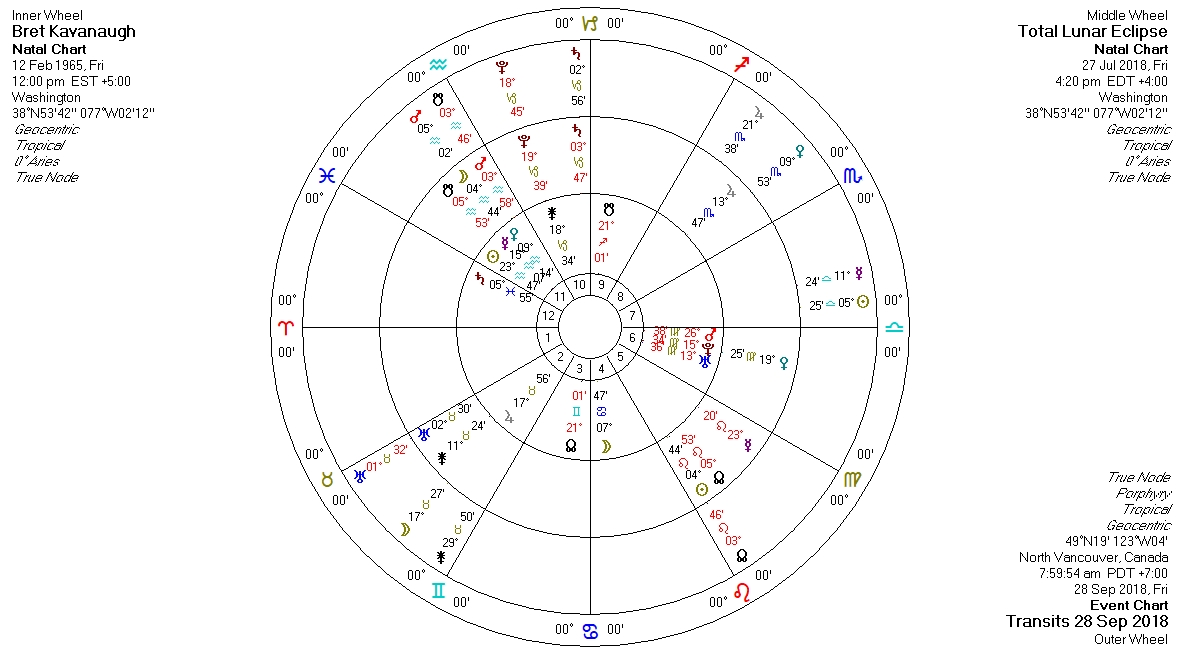 I am not making a prediction on today’s supreme court result, (although from what I’ve read on line there are expectations that Kavanaugh will get the nomination) but just wanted to point out that transiting Mars is triggering the total lunar eclipse of July 27, (true south node transit position is on the Mars position of that lunar eclipse). See the chart posted below to note that Brett’s progressed Juno, the contract asteroid, is at 5:44 Aquarius (aspected by the transiting south node at 5:53 Aquarius). Transiting Pluto is conjunct Brett’s natal Juno which is trine his natal Jupiter in Taurus. (today’s transiting moon is also in Taurus.) Just for starters, that’s alot of action…. 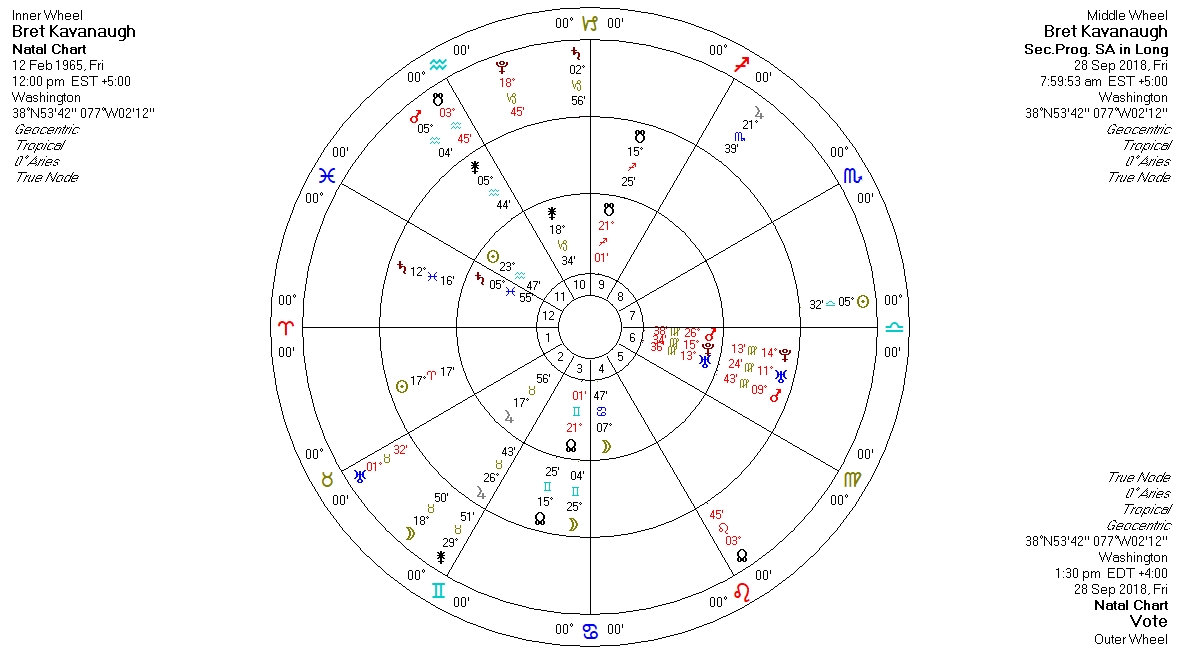