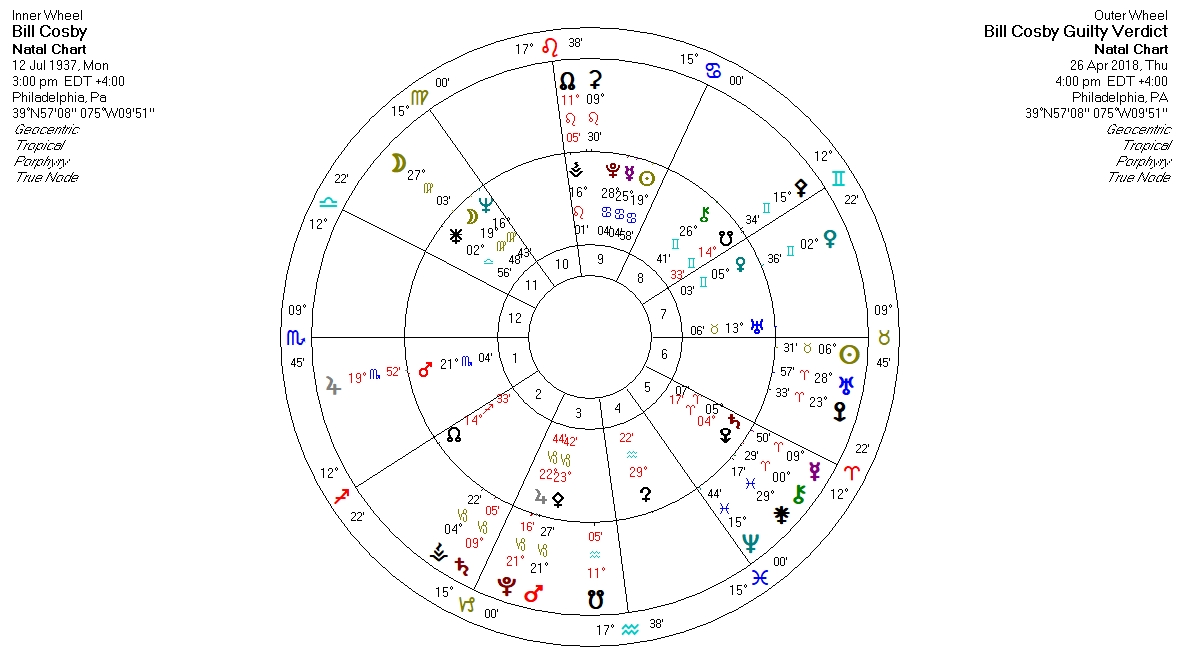 The first celebrity trial in the “Me too” era.  It’s a victory not just for Andrea Constand – but scores of other women accusing Bill Cosby of sexual misconduct stretching back decades.
After less than two days of deliberations, a Pennsylvania jury Thursday found Cosby guilty on all counts of drugging and sexually assaulting the former Temple University staffer inside his suburban Philadelphia mansion in 2004.
The long-awaited verdict represents the first – and possibly last – criminal conviction for the disgraced comedian, despite dozens of women who’ve accused him of similar misdeeds.
Cosby, 80, was first charged with three counts of aggravated indecent assault in December 2015, just days before the 12-year statute of limitations on the crime ran out.

(Birth time uncertain) Transiting Mars/Pluto brings karmic judgement by jury (conjunct natal Jupiter 3rd house) and karmic consequence. Note transiting Mars/Pluto opposite his natal Sun, Mercury, Pluto; transiting Jupiter in Scorpio conjunct his natal Mars in Scorpio; transiting moon in Virgo, a guilt archetype, (transiting moon is an action trigger) square his natal Chiron in Gemini and opposing transiting Chiron in Aries; (Moon square Chiron is a natal signature as well as a transit signature). Chiron in Gemini- a trickster influence; in 8th house, the sexual predator trickster. (and so casual about it, women were casually handed pills just like one would offer someone a drink.)

September 25 2018: Bill Cosby sentenced to three to 10 years in prison for sexual assault.

A judge sentenced the 81-year-old comedian for drugging and sexually assaulting Andrea Constand in 2004.
“It is time for justice,” said Judge Steven O’Neill, who handed down the sentence on Tuesday at the Montgomery county courthouse in Norristown, Pennsylvania. 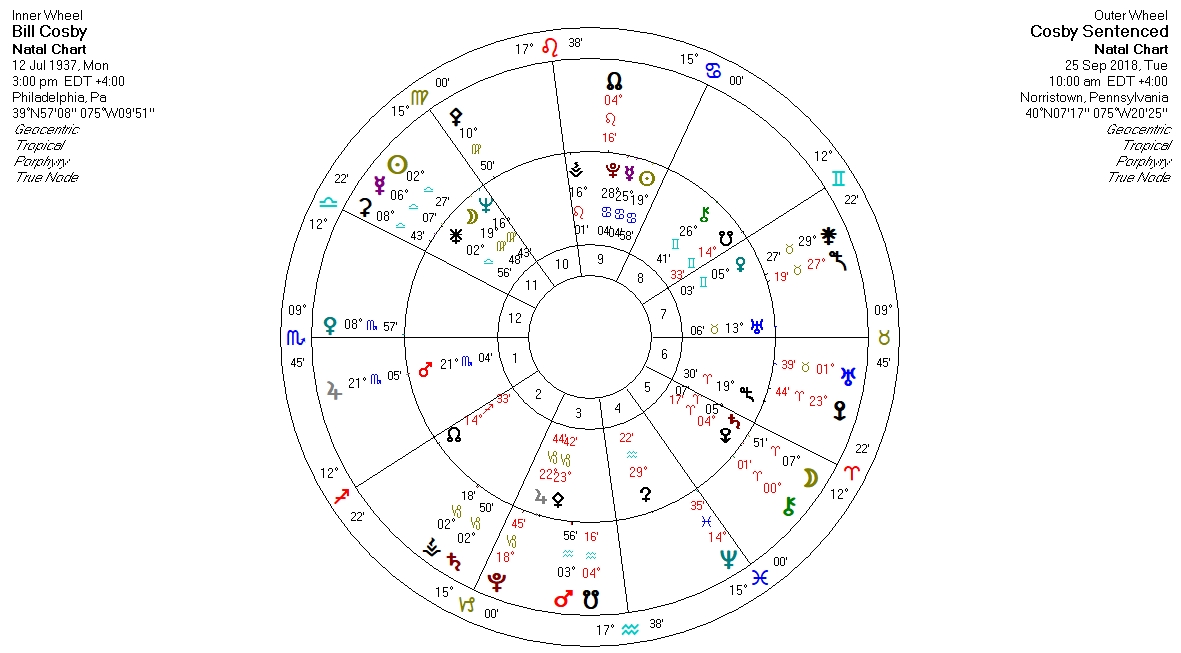