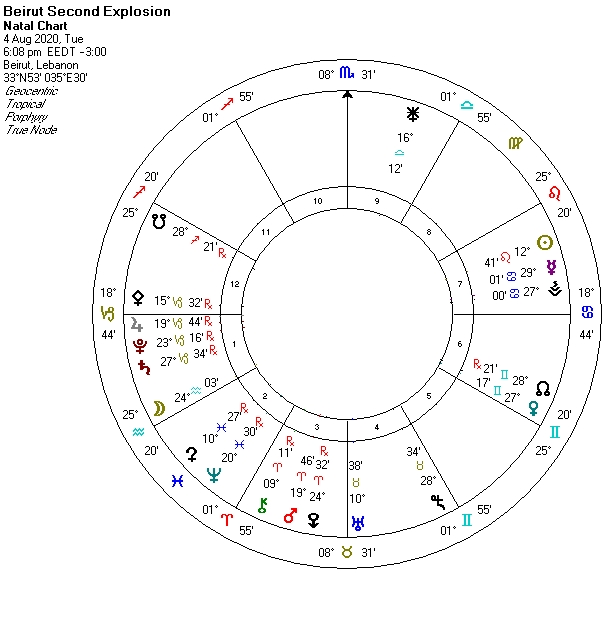 A warehouse storing thousands of tons of unsecured and potentially highly explosive material has emerged as a possible source of the massive blast that ripped through the Lebanese capital on Tuesday, killing at least 100 people, injuring 4,000 and sending a shock wave across the city that damaged buildings up to 10 kilometers (6 miles) away.
Prime Minister Hassan Diab said that 2,750 metric tons of ammonium nitrate, which is typically used as an agricultural fertilizer, had been stored for six years at a warehouse in the port of Beirut without safety measures, “endangering the safety of citizens,” according to a statement.
https://www.cnn.com/2020/08/05/middleeast/beirut-port-explosion-ammonium-nitrate-intl-hnk/index.html

Marwan Abboud, Beirut’s governor, said that as many as a quarter of a million people have been left homeless and that the destruction could take up to $5 billion to repair.
As the sun rose, the damage was devastating. The scene at the port was almost apocalyptic, with smoke hanging above a crater gouged from the land running down to the sea, and only one side of the warehouse still standing. A silo that provided most of Lebanon’s wheat supply was ripped open.
Red Cross workers were still scouring the wrecked and deserted streets in neighborhoods adjoining the port early Wednesday, calling out for residents who might be trapped and injured. At least 4,000 people were wounded, the organization said.
https://www.msn.com/en-ca/news/world/beirut-blast-death-toll-rises-to-100-with-more-fatalities-feared/ar-BB17A7pw?li=AAggNb9