A solar eclipse will often bring news of a transition of note. Here’s the Aug 11, 2018 partial solar eclipse, super new moon in Leo eclipse around Aretha Franklin’s chart. It opposes Venus in her 4th house. Venus can be emphasized in a death transit (it is a survival/mortality archetype). Also the eclipse falls in the 10th house which signals the end of a cycle and the beginning of a new one. Mercury retrograde has just crossed her MC and is into the 9th (also an indication for the journey to another plane). Note Mercury retrograde forms a square Jupiter in Scorpio which is in the 12th house and approaching her ascendant. Mars in Aquarius retrograde is opposing her Pluto (was triggering her Pluto from the total lunar eclipse of July 27). 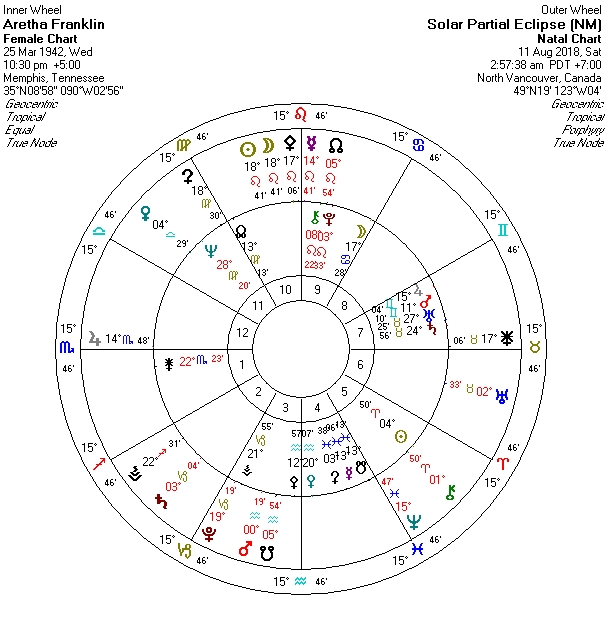